Welcome to the Darby Field Inn!

Stay with us and become part of the living history that is this house and its grounds. Our story begins in 1826 when Samuel and Polly Chase Littlefield moved here to begin their lives together.

Guests have been the tradition of what is now known as the Darby Field Inn for over 190 years. Samuel and Polly's son Samuel Jr. and his wife Laura Shackford continued working the 430-acre family farm supplementing their income by renting rooms to guests during the summer. People who visited then enjoyed the same things they do today - fresh air, mountain views, clean water, and delicious home cooked meals. Memories of Laura's homemade cheese and Sam sitting by the living room hearth are still cherished today in the archives of the Darby Field Inn. Hard work and good humor carried the Littlefield's through the four seasons.

Samuel Littlefield, Jr. died in the 1930s. Farming had become an uncertain occupation so the Littlefield heirs sold the farm to Abraham Covin, a Boston florist. Covin transformed the buildings into an artist colony for a time, and a children's camp for a season or two. By the late 1940s he turned it into a an inn called Bald Hill Lodge. Since the road was not maintained in winter, for years the lodge was only open during the summer. The original farmhouse became the living room section of the inn. The outdated barn and blacksmith shop came down, and the kitchen was built in their place. The Covins added the pool, landscaping, and a ski lift for their guests.

Bald Hill Lodge was sold in the late 1960s to the first in a succession of owners. The name was changed in the early 1970s by one owner to Darby Field Inn, memorializing the first recorded European to climb Mount Washington.

In 1979, your innkeepers Marc and Maria Donaldson, purchased the inn and moved in with their two year old son Jeremiah and six month old daughter Heather. Marc had spent several years working in the restaurant business traveling extensively for work. It was in Caracas Venezuela where he met and married Maria, a native of Spain working as a journalist for radio, television, and magazines. Owning an inn was their dream and they purchased the Darby Field Inn, the first inn they looked at, on May 2, 1979.

They have had the pleasure of owning the Inn for more than 40 years and hope each guest enjoys its treasures as much as they still do. Take the time to explore some of the favorite spots here at the inn... the huge fireplace in the living room, the mountain-view patio, the sun room tavern, the outdoor pool, and award-winning gardens.

Most importantly, relax and enjoy... we're glad you are here. 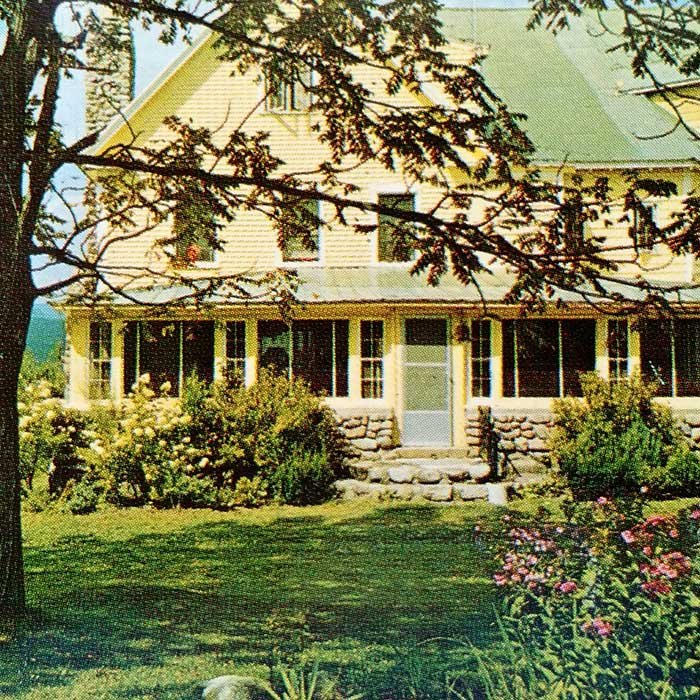 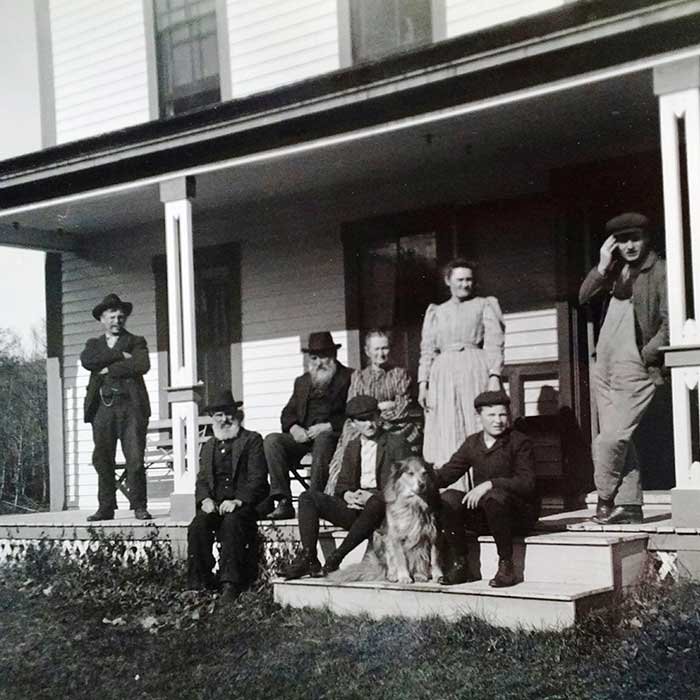 Littlefield Family in the 1850s 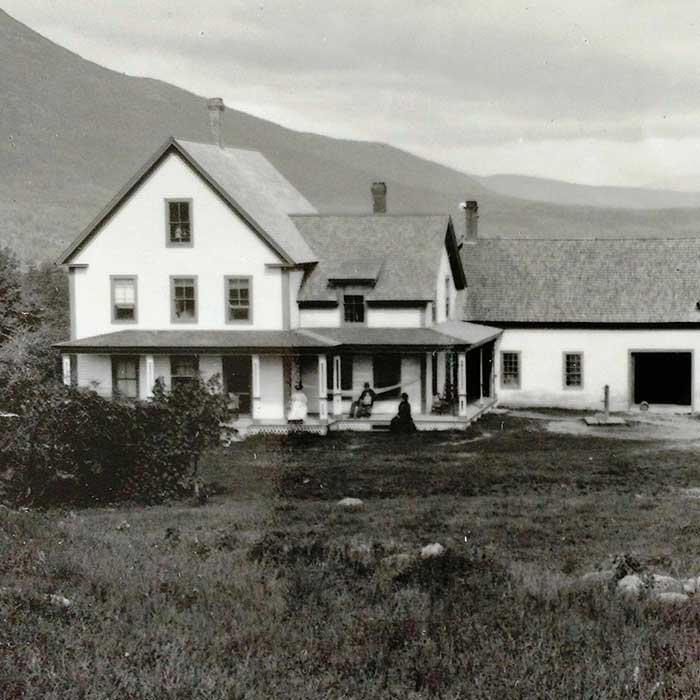 May of 2019 marks Innkeepers Marc & Maria Donaldson’s 40th year of welcoming guests to their White Mountain Bed and Breakfast: The Darby Field Country Inn and Restaurant. After graduating Syracuse University in 1970, Marc apprenticed under Japanese Master Chef Hiroshi Hayashi, who was himself trained in a Japanese inn. It was he who planted the seed in Marc’s mind to someday own an inn.

Marc spent several years in the restaurant business, helping to open a restaurant in Colorado, working in a Boston Japanese-style natural food restaurant, and managing a restaurant in Caracas, Venezuela. It was in Caracas where he met and married Maria Lastra, a native of Spain, who was working as a journalist for radio, television and magazines. After extensive travel, Marc and Maria settled in Jamaica, Vermont where Marc was head chef at the Three Mountain Inn.

"It was my long time dream to own an inn,” Marc said. "but buying the Inn was like standing at the top of a high diving board. Once you decide to go, you just jump.” And jump they did. The first place he and Maria looked at was the Darby Field Inn.

He and Maria, two year old Jeremiah and six month old Heather moved in, and after one month of renovations, opened the inn for business. It is here they have made a country home for their children, Jeremiah, Heather, Damien and Tess, and have made visitors to the Mount Washington Valley feel at home for more than 38 years. You'll find many family photos and items collected from their travels on display in the living room and throughout the inn.

Marc is also a Justice of the Peace and loves to perform civil ceremonies for elopements and small weddings right here at the Darby Field Inn.  Maria is an accomplished watercolor artist.

Be the first to learn about our seasonal promotions and special deals via email. We strive to provide an exceptional level of service for every guest, and are proud to have a 4.5-star rating on Tripadvisor

Simple Software for Innkeepers by Odysys